The December 31, 1862 edition of the New York Daily Herald contained much information about the situation in Missouri. Among the reports of guerrilla warfare activities and false reports that the Confederates had retaken Columbus, Kentucky is a report of a minister at a St. Louis Church who was expelled for claiming he was “neutral” on the issue of the war. Also in the report in which the New York Daily Herald calls abolitionists in Missouri “nigger worshipers”.

There has been much condemnation in the press regarding Confederate General Robert E. Lee, who called for reconciliation in the country after the war was over and Confederate symbols in general, “racism” is always the excuse but the December 31, 1862 issue of the Daily Herald serves as an example of Northern views on religion (placing the government above the church) as well as race.

Northern hands are not clean on the subject of race, yet symbolism of the United States government is never called into question. 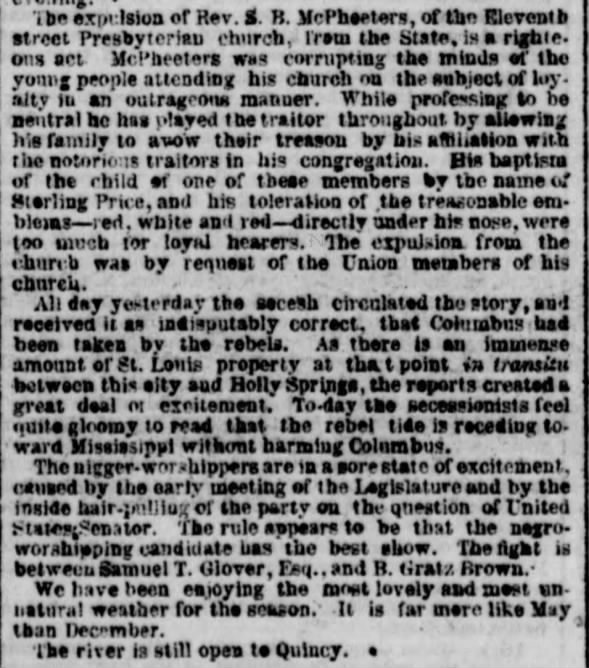 Wed, Dec 31, 1862 – 1 · New York Daily Herald (New York, New York) · Newspapers.com
Processing…
Success! You're on the list.
Whoops! There was an error and we couldn't process your subscription. Please reload the page and try again.