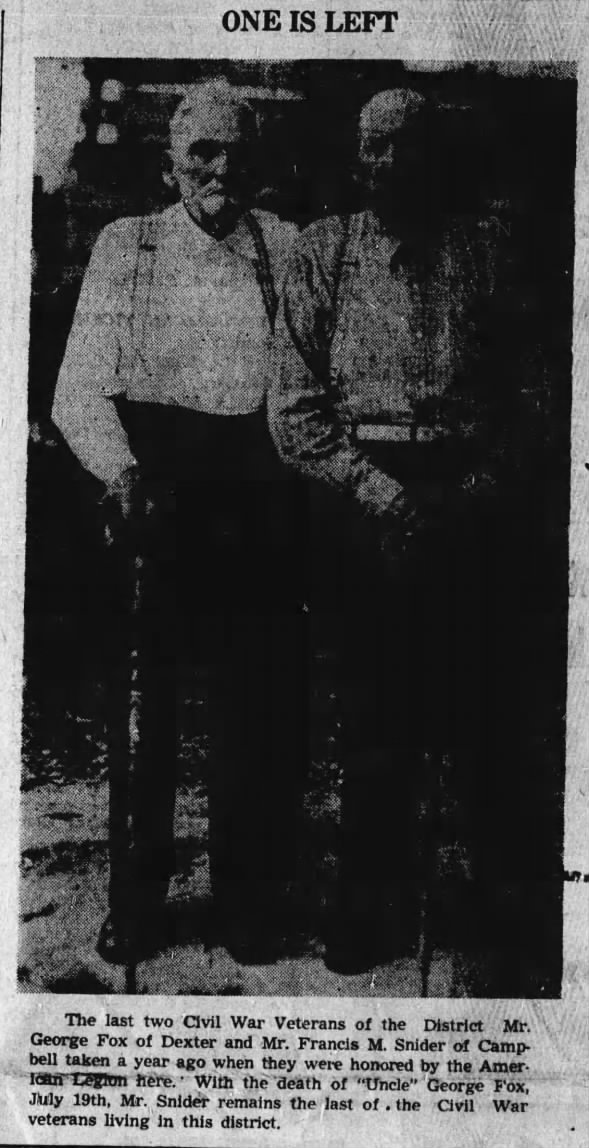 However, the paper did not reveal the two veterans loyalty during the war. I was able to find the information on a webpage that listed attendees of the 1938 Veterans Reunion held at Gettysburg, Pa. , remarkably both Fox and Snider both attended the event and were listed as serving in the Union Army.