The May 13, 1886 Warrensburg Standard newspaper reported on a rattlesnake raid in the vicinity of Bollinger Mills (present day Zalma). According to the paper the party killed 17 rattlesnakes ranging in size from four feet to six feet. Additionally six “very large” snakes of varying species were killed before the rain stopped “the slaughter of the innocents” as the paper put it. 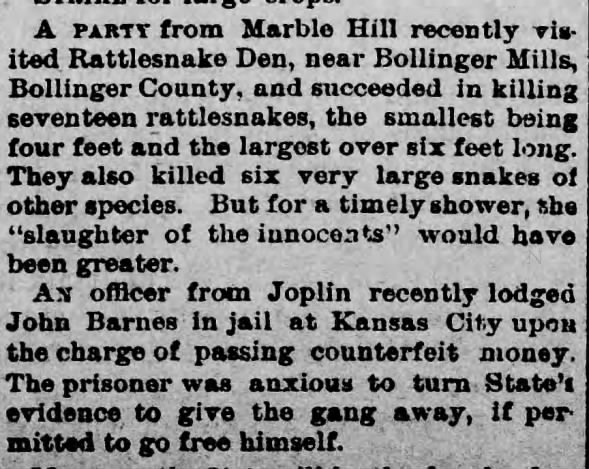