The January 12, 1917 issue of the Bloomfield Vindicator carried the news of a Black porter (railroad employee who handled baggage and assisted passengers) who assaulted a citizen in Delta, Missouri at the Delta Hotel. The article, originally published in the Lutesville Banner reported:

“It is reported that last Monday evening a negro porter at the Delta Hotel, who had his hide full of bad whiskey, picked up an oil wrench which was laying on a barrel at the depot and hit Lem Boone, one of the hands at the Goodwin and Jean poultry house, across the head. It was thought for some time that he had killed Boone. He stood the crowd at the depot off with an automatic and made his escape before the citizens could get their guns, and it is well that he did, for it is said there would have been a hanging in Delta and one less bad negro. The telephones were used and after a few hours the negro was arrested in the Cape and was landed in the Jackson jail.” 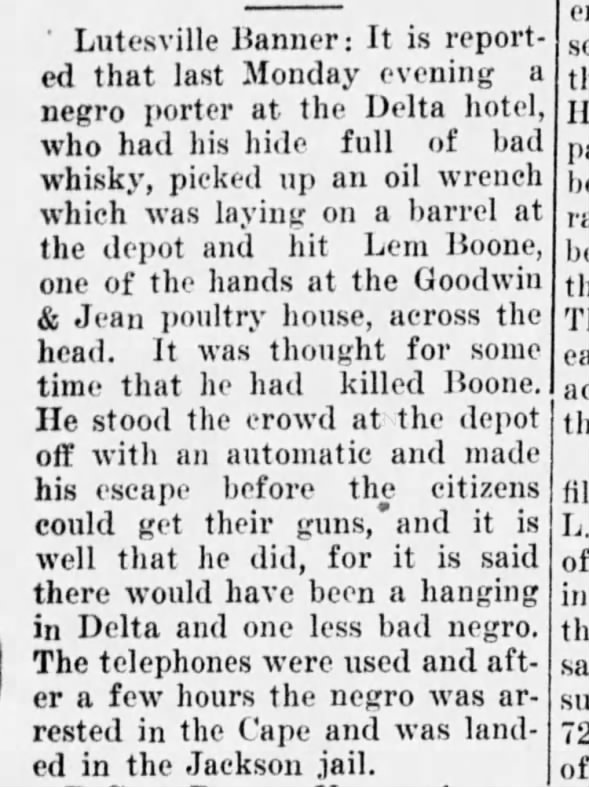