In 1996 the St. Louis Post-Dispatch published a public interest story about Bollinger County resident Richard “Mac” Saling. The paper, in its March 10, 1996 issue reported that when “Mac” Saling died around Christmas, 1994:

“He left behind 40 acres of timber and stickerweed, a $25,000 checking account, a collection of over 100 shotguns and rifles, six guitars, 18 pairs of brand new overalls and thousands of dollars in cash hidden in and around the little house where he had spent most of the past 40 years.

In fact they found a little bit of everything when they started poking through what was left of the old man’s life.

Everything except a will.

In the year since his death, Salings relatives have been locked in a battle for the disabled World War II veteran’s estate, an estate that some say is worth a quarter of a million dollars. 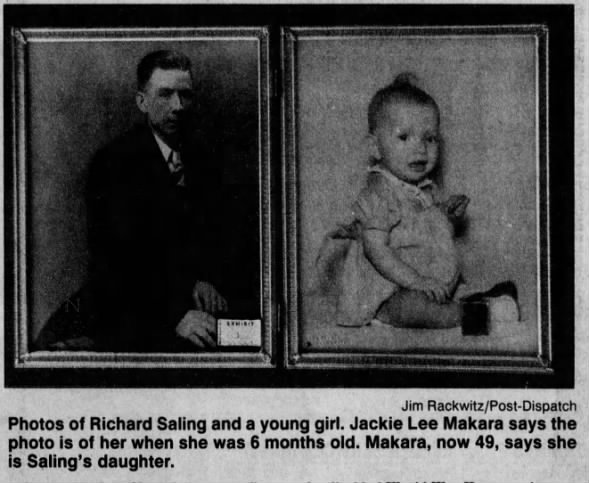 According to the paper, the fight for Saling’s estate, which was located near the Gimlet Creek Bridge on Highway 34, was between a group of cousins from Illinois and Jackie Lee Makara, a woman who claimed she was Saling’s daughter.

The Post-Dispatch also quoted a local neighbor of Saling’s (one that local readers probably know and recognize):

“Deanie Givens, a neighbor of Saling for 40 years, says she has no doubt that Makara is Saling’s daughter and legitimate heir.” 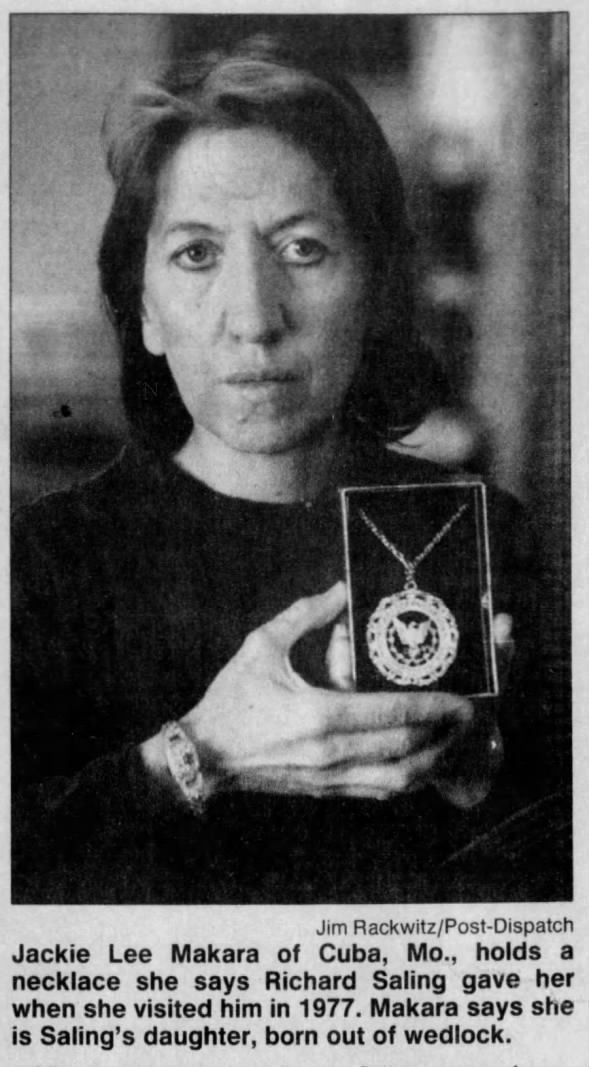 “The house had no running water or indoor plumbing. Saling burned firewood in a big stove in the middle of the living room before the pain in his legs became so bad he had to move to the apartment in Glen Allen several months before he died.”

On July 23, 1997 the St. Louis Post-Dispatch followed up on the story reporting that Jackie Lee Makara had sought and was granted an exhumation to extract a DNA sample from Mr. Saling and that the test proved (with a 99.4 % probability) she was the daughter of him.

The paper also reported that this did not dissuade Saling’s cousins from challenging Makara for his estate.

This however, is where this story seems to end, in the press anyway.