The December 23, 1909 Democrat – News ( Fredericktown, Missouri) announced that only the southbound local freight train of the St. Louis , Iron Mountain and Southern Railroad, would carry passengers between Bismarck and Glen Allen. The paper cited that the railroad now had two passenger trains running north and south daily and that the public should patronize them. 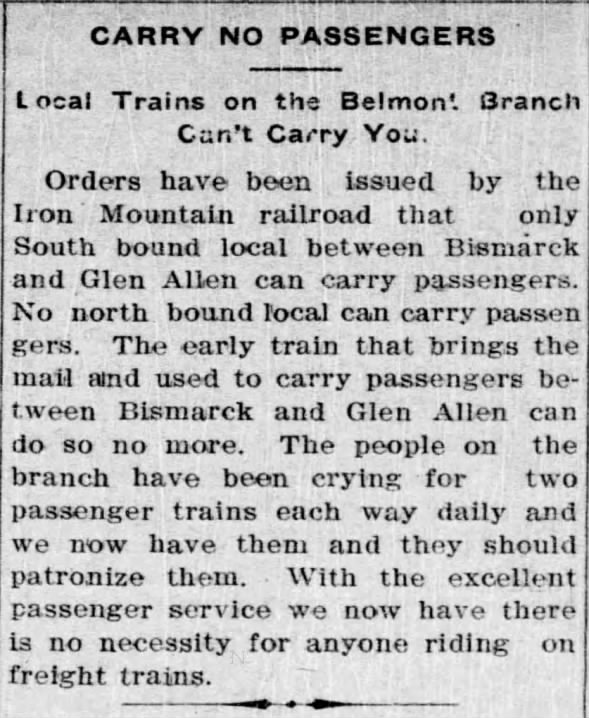