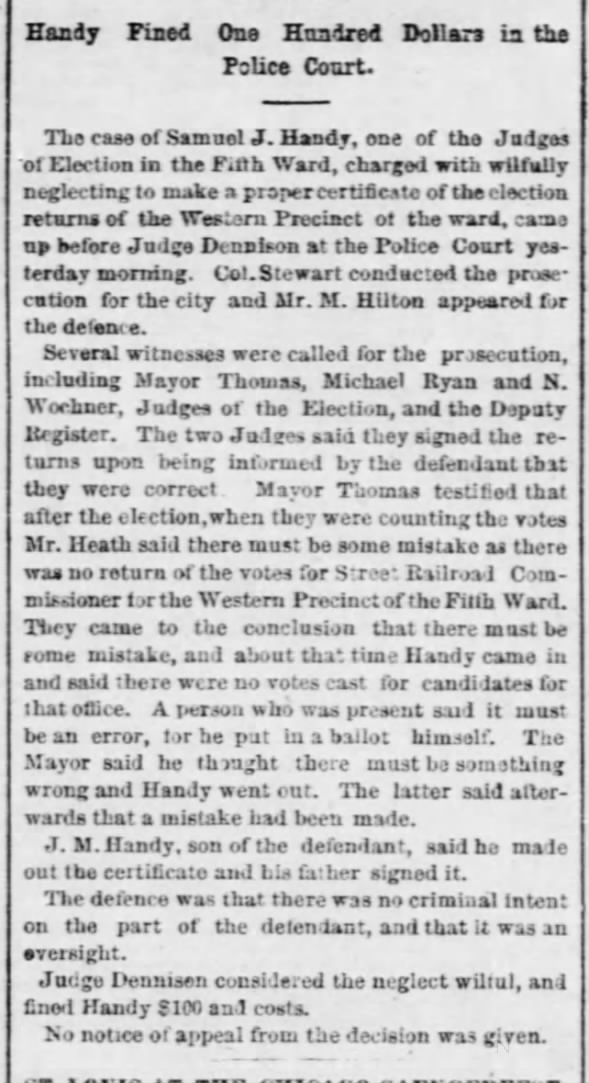 Today “Stop the Steal” protestors converged on Washington, D.C. in anticipation of the main rally tomorrow. Tomorrow is also the day in which members of the House of Representatives and the Senate plan to object to the certification of votes made by electors in states that experienced instances of election fraud.

Proper certification of election returns isn’t a new problem, it certainly wasn’t in St. Louis , Missouri. The June 17,1868 Daily Missouri Republican reported that Samuel J. Handy an election judge for the Fifth Ward tried to pull off a “fast one” by trying to convince local authorities that he did not receive any returns in the race for Street Railroad Commissioner for the Western Precinct of the Fifth Ward. The Defense tried to convince the judge that there was no criminal intent but the judge didn’t buy it and fined Handy $100 plus court costs.