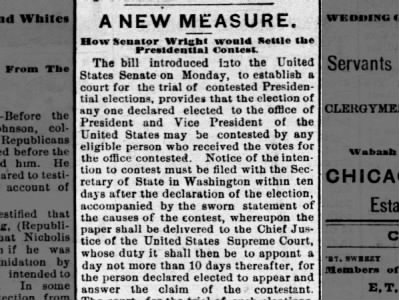 The Hill has reported that Senator Ted Cruz has been met with some very stiff rhetoric for his plan to object to the certification of electors for the 2020 presidential election. According to the publication:

Cruz criticized “hyperbole” and “angry language” in response to his statement Saturday, accusing Democrats of “urging that I should be arrested and tried for sedition and treason.”

It is not treason to question election integrity, but it is treason to attempt to steal an election and it is interesting to say the least, to witness those who have committed election fraud, hurl accusations of it against those trying to preserve the process. Nor is it the first time a commission to decide an election has been proposed.