The July 9, 1874 Iron County (Missouri) Register reported a Marble Hill man digging his garden found a skeleton at the site of where a grocery store once stood. An investigation revealed the bones were buried by a Marble Hill (at the time of the war called Dallas) physician buried the bones secretly to, “keep the Yankee soldiers from stealing them.” 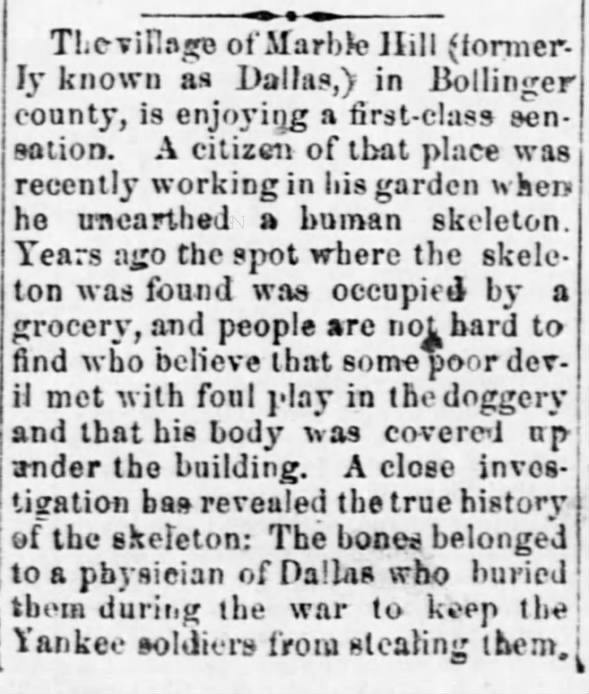 Signed Copy of “Blood in the Ozarks: Expanded Second Edition”

Limited quantity of signed copies of “Blood in the Ozarks: Expanded Second Edition” contains over 100 additional pages (than original) , including excerpts from “The Slave Narratives”, newspaper accounts and personal stories of atrocities from the era.